Age of Consent Laws in Nevada

Most of us at one time or another dated someone significantly younger or older than us especially when we are young.

No one considers the consequences that can occur if you are not aware of what the laws are for the age of consent in Nevada.

In Nevada the age of consent is 16 years of age to have a sexual relationship.

Most states have adopted this law but each state is different.

Nevada also has adopted a new law passes in 2015 called the Romeo and Juliet exception, this states that minors the ages of 14 or 15 may have a consensual sexual relationship with partners that are less than 4 years older than they are.

For example if you’re dating someone who is 15 and you are 18 and considered an adult you are within 4 years of age of the 15 year old so you could not face charges.

This is considered the only exception to the age of consent laws in Nevada and again this is a relatively new concept.

Having sex with a minor is a criminal act and is punishable in many ways based on the severity of the the crime.

If you have been accused of sexual contact with a minor call The Defenders fort a free case review. What is the Age of Consent in Nevada

Sixteen is the age of consent in Nevada and most states.

Kids under the age of 16 are considered children and not mature enough to consent to a sexual relationship.

The law considers it irrelevant if the child seems mature or is the one who initiates the relationship.

Adults have a duty to know the age of the younger partner as lying about the age is not considered a defense.

So if you’re 21 and start dating someone that tells you that they are 18 and they turn out to be 15 you can still face charges because even though they lied to you, you have the duty as the adult to know the age of the younger person.

What is Statutory Rape?

has a consentual sexual relationship invovling penetration with a child under the age of 16, aged 14 or 15, and is defendant is at least 4 years older than the child even if the child consents.

A defendant may be found guilty of statutory sexual seduction if the defendant believed the child was at least 16.

There is no defense when the child lied to the adult about being of age.

The penalties for statutory rape are dependent on the defenders age at the time of the incident.

If you are over 21 at the time of the incident it is considered a class B felony and the sentence can be :

Sexual assault and rape charges are seperate and different from statutory rape because they are NOT consentual in nature and involve force.

Age of the defendant is not a consideration in Rape and sexual assualt cases. 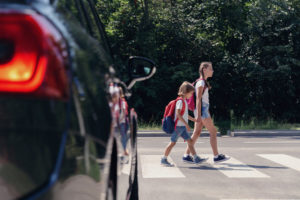 Lewdness with a Minor 16 or Under

Lewdness with a minor is molestation without penetration.

The most common lewdness charges come from groping a minor child.

If the child is over the 14 or the age of 15 at the time of the crime than it is a category B felony and the penalties are much less severe:

Lewdness is also considered sexual molestation of a minor child and carries lifelong consequences in Nevada.

This is also known as The Adam Walsh registry.

This is a 3 tier system with tier 3 being the most severe and tier 1 being the least severe.

This is also considered part of the punishment and can follow the defendant for life.

These are all examples of tier 3 sexual offender registry offenses.

A tier 3 offender will have to register every 90 days for the rest of their life.

Or conspiracy to commit any of the above.

The tier 2 sexual offender is searchable by name and the person must register every 125 days for the next 25 years.

Or conspiracy to commit any of these crimes.

Tier one sexual offenders are required to register once a years for 15 years.

Tier one offenders are only searchable if the crimes they commit are crimes against children.

The crimes are against adults so they won’t be searchable by name.

The registry is a tier system so a person can move throughout the system based on legal filings or time that passes.

You can also move up on the registry if you reoffend or commit a more serious crime.

Defenses Against Sexual Crimes and The Age of Consent

Most people find the defenses against sexual crimes against a child gross and most people want to believe the child or parent who brings these charges.

In some cases however these charges should not have been brought against a defendant.

There are several defenses that might be the case in a sexual crimes case.

Why call The Defenders

No matter the crime you should always hire a defense team if you are charged with any crime especially sexual crimes.

Our defense attorneys have over 25 years of experience in criminal defense in Nevada.

We have an investigative team on staff to gather evidence for your defense.

Will attend all court appearances with our clients.

We will get you the best plea deal possible or get the charges dismissed by on evidence we gather in the investigation.

We can get your record sealed or expunged even after a conviction.

Call today if you have been accused of a sexual crime in Nevada.