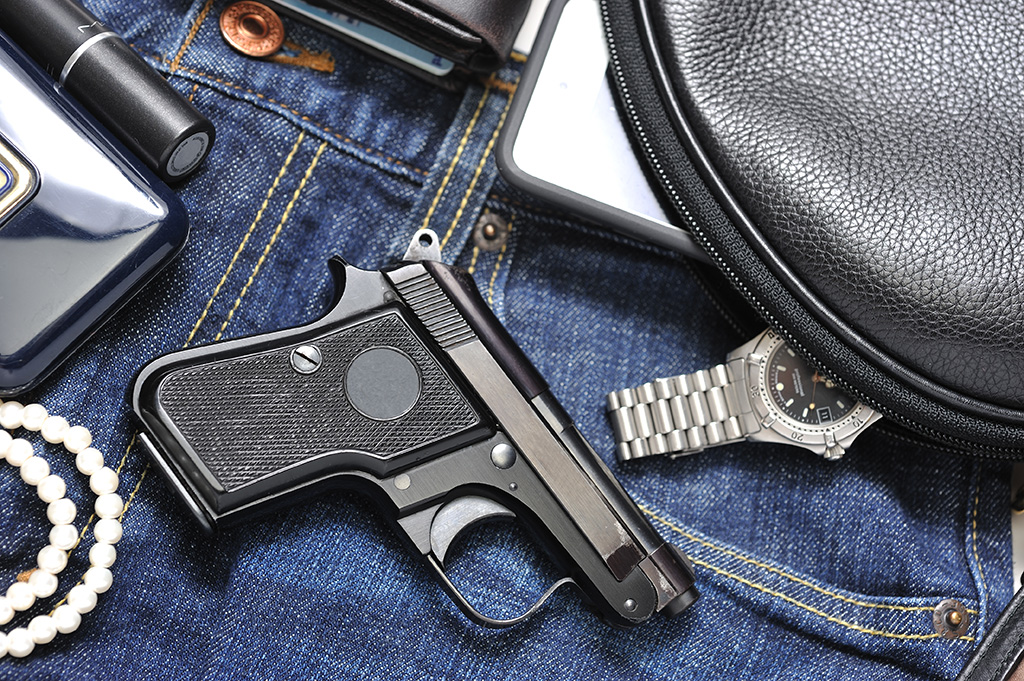 While reviewing Nevada gun laws, it is important to note that such laws apply to both in-state and out-of-state residents. There are certain limitations in “open-carry” firearms for residents and non-residents in Nevada, but in general locals and visitors are permitted to “open-carry.” In order to carry a concealed weapon in Nevada, as a non-resident, you must have a CCW permit from a reciprocal state. As a resident of Nevada, you must have your CCW permit and state identification when carrying your concealed firearm. If you carry concealed firearms without your CCW permit and state identification (NRS 202.350), Nevada law enforcement agencies may arrest you.

Here is a list of Nevada’s reciprocal states for concealed carry of handguns, as a reference:

Carrying concealed firearms without carrying a proper firearm permit is a category C felony and results in penalties of:

If out-of-state residents move to Nevada with a concealed firearm, they must obtain a Nevada permit within 60 days in order to continue carrying concealed in the state. For new residents to the state, they should apply with their local county sheriff, as soon as possible and when they receive their Nevada’s driver’s license or identification card, as non-resident permits are not an option in Nevada.

Overall, both non-residents and residents may open carry, as long as they are not otherwise prohibited from having firearms.

It’s also important to know that certain guns, like spring guns, have specific laws that apply to them.

Who Is Prohibited From Carrying in Nevada?

In Nevada, a variety of people may be limited or prohibited altogether to carry firearms and own guns, whether they are non-residents or residents. Some groups include:

As an fugitive or ex-felon carrying a firearm, this is classified as a category B felony, with punishment such as:

Where Are Guns Off-limits in Nevada?

Under Nevada state law open carry of firearms is allowed. For the following locations, guns are prohibited, whether they are open or concealed and no matter what type of gun:

In Nevada, any and all gun buyers must pass a background check, no matter if it is a private or commercial sale of firearms. In some instances, purchases with a valid and current CCW permit may not need an additional background check at the time of a purchase.

Minors, young adults under the age of 18, cannot carry guns in Nevada. Some exceptions allow minors to carry and use firearms, such as hunting, but overall, there are strict restrictions on juveniles carrying firearms.

Other Weapons and Assault Weapons in Nevada

In Nevada, laws do not specifically mention or state anything about assault weapons. Federal law does prohibit the possession of machine guns and the only exception is if it was lawfully purchased or obtained, as well as registered, prior to May 19, 1986. Any unlawful possession of a machine gun is a felony, including penalties of

At The Defenders, our team prioritizes you and your needs, as well as the safety and well being of your loved ones. Our criminal defense attorneys know the intricacies of gun safety and firearm laws and how to navigate them in order to firmly represent Nevadans who are faced with any criminal charges. Your safety is our priority, so it is important to follow proper carrying regulations, when possible. But, if you are faced with difficulties regarding carrying a weapon, our team is here for you.